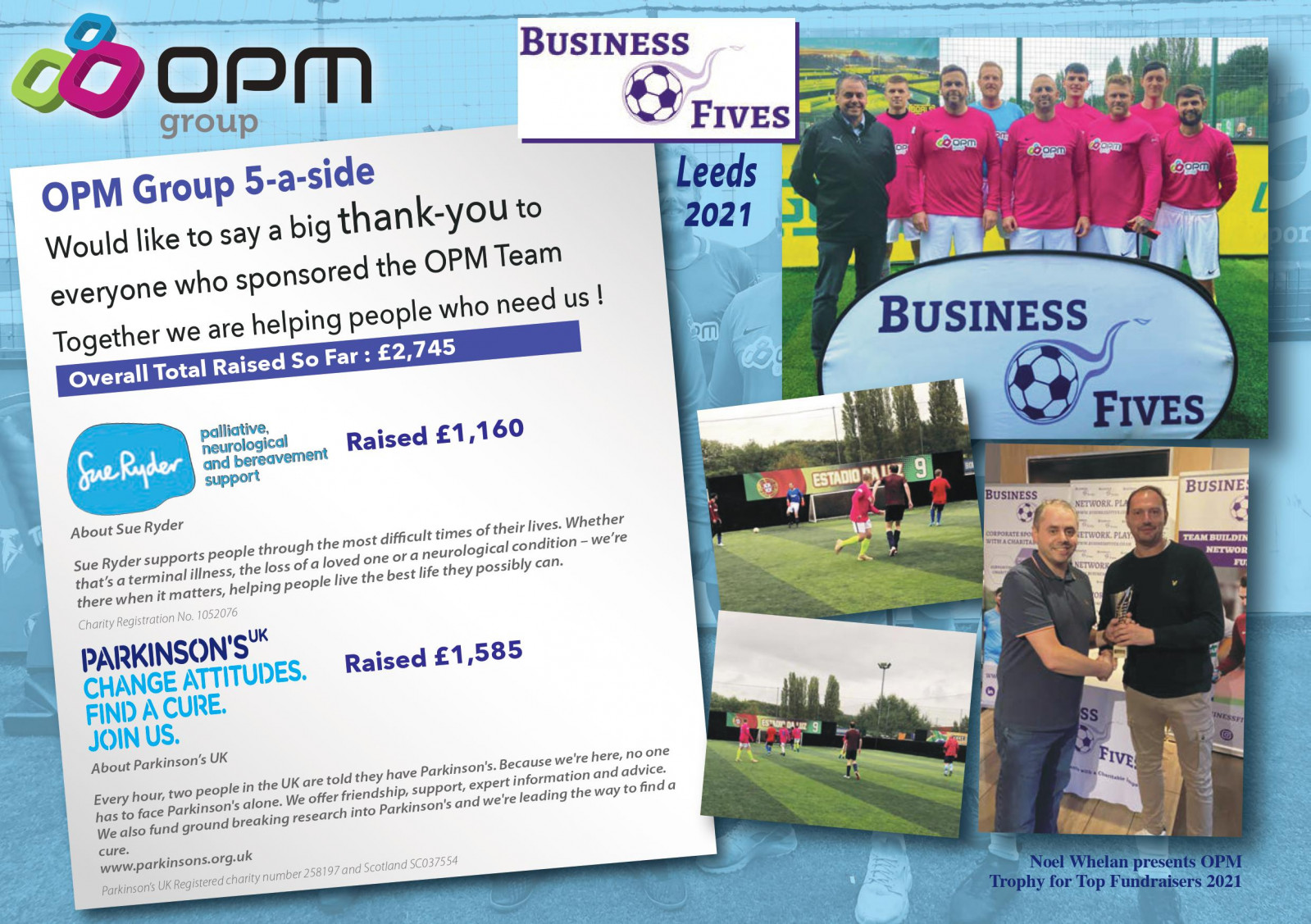 The team was recognised as the top fundraising team of the event – raising more than £2,700 for Sue Ryder and Parkinson’s UK.

“Congratulations to the team, which has once again well and truly exceeded all expectations,” exclaimed Susan Ellison, joint MD at OPM (Labels & Packaging) Group.

“There is a reason the team are called 'fearless'. They raised a total of £2,745 from friends, suppliers and colleagues, which is £800 more than they raised in the previous tournament in 2019,” Susan said. "Their enthusiasm on the pitch is matched only by the funds raised for two fantastic charities.

“I would like to thank all those who donated. Without the industry's support, the team would not have been able to smash their previous impressive fundraising record.

"Now, having raised the bar, they have a great target to try and exceed once again next year!  A challenge I am sure they will have no problem meeting,” Susan added.

Sue Ryder supports people living with terminal or neurological illnesses and also provides bereavement care to families and friends. The charity will receive £1,160 from this year’s fundraising event.

Meanwhile, £1,585 will be donated to Parkinson's UK. The charity supports people affected by Parkinson’s, their families and carers, as well as seeks to find a cure for the condition.